More than 75,000 annual visits to the emergency room and more than 220,000 visits to outpatient clinics

Each year approximately 3,500 babies are born at Sainte-Justine

Staffed by 5,560 people, including 500 doctors, dentists and pharmacists, 185 researchers, with the help of 450 volunteers

3,500 students and interns, from all disciplines yearly

Specializing in the Care of Mothers and their Children

Incredible by today’s standards, more than one in four infants born at the beginning of the last century did not live to see their first birthday. One exceptional individual in Montréal at the time, Irma Levasseur, the first French-Canadian woman allowed to practice medicine in Québec, raised the devastating issue within her local profession. With the help of Justine Lacoste-Beaubien and the generosity of friends and benefactors, in 1907 she created what is today the Centre hospitalier universitaire (CHU) Sainte-Justine. Its first patient in 1907 was Dr. Levasseur’s dying child.

Today, the CHU Sainte-Justine is Québec's only healthcare establishment exclusively dedicated to children, adolescents and mothers and the largest mother-child university hospital in Canada. Affiliated with the Université de Montréal’s Faculty of Medicine, it is by far the largest pediatric training centre in Québec and a leader in Canada. Each year, the CHU Sainte-Justine trains over 3,500 students and interns. The hospital is also involved in the development of public policies that foster and support good health in the context of sustainable development.

A Mission of Caring and Excellence

A Flagship in Mother-Child Research

From the vision of founder Justine Lacoste-Beaubien to today’s leading-edge innovation, research at CHU Sainte-Justine has shaped the future of mother-child care for the last 40 years. Today, Sainte-Justine boasts a research centre with over 200 renowned researchers and 350 students and interns, all united in the same goal of deepening our knowledge of maternal, child and adolescent health.

CHU Sainte-Justine inaugurated a new Research Centre in 2016. On the cutting-edge of technology, this facility allows an ever-growing number of researchers to speed discoveries and bring their findings directly to patients’ bedsides.

Paving the Way to Personalized Healthcare

Thanks to the CHU Sainte-Justine’s state-of-the-art genomics centre, thousands of children will benefit from the best diagnostic methods. It will help heal children suffering from rare diseases or treatment-resistant cancers by diagnosing them better and faster, offering targeted treatments and opening the way to personalized medicine that will help them achieve lasting recovery.

“With the Healing More Better major campaign, which concluded successfully in 2018, our goal was to strive for treatment excellence with the fewest after-effects possible, to give our children a healthy future among the best in the world,” says Mr. Paul Desmarais, Jr., Honorary Campaign Chair of the Foundation’s campaign and Chairman and Co-CEO of Power Corporation.

“The CHU Sainte-Justine Foundation is honoured to have partners like Power Corporation, whose guiding and visionary support will, among other things, have been an essential lever for the creation of the Quebec Clinical Genomics Centre at the CHU Sainte-Justine. Visionary, faithful and committed, they have time and again shown their willingness to support an impressive number of innovative projects that we have launched. Their continued confidence in the value and potential of our institution has opened the door to infinite new scientific, technological and therapeutic avenues. That’s why in October 2016 we inaugurated, with great pride and gratitude to the Desmarais family and Power Corporation, the new CHU Sainte-Justine pavilion named for Jacqueline Desmarais,” says Maud Cohen, President and Chief Executive Officer of the Foundation.

More than 75,000 annual visits to the emergency room and more than 220,000 visits to outpatient clinics

Each year approximately 3,500 babies are born at Sainte-Justine

Staffed by 5,560 people, including 500 doctors, dentists and pharmacists, 185 researchers, with the help of 450 volunteers

3,500 students and interns, from all disciplines yearly

See videos from CHU Sainte-Justine Foundation on YouTube(in French only). 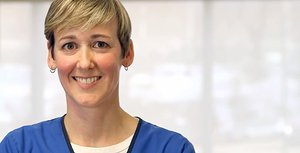 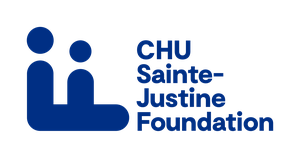