Avec Chouette at School! educators will come to you to introduce you to the wonders of Québec’s birds of prey! 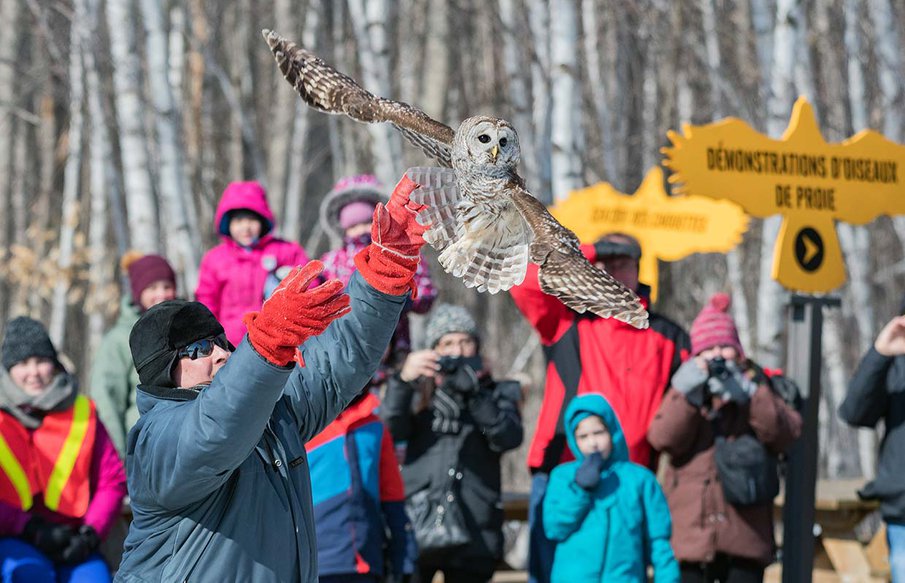 Come learn about the fascinating world of birds of prey and get an opportunity to watch them being released back into the wild at Chouette à voir!

A unique province-wide rehabilitation network for birds of prey

The province of Québec’s vast and sparsely populated territory is home to 27 different species of birds of prey, 3 of which are considered vulnerable, and 2 of which are on the endangered list. Although protected under provincial law, many of these species remain vulnerable or endangered.

With this in mind, Guy Fitzgerald founded the Union québécoise de réhabilitation des oiseaux de proie (UQROP) in 1987. For over 30 years, the organization has fulfilled its threefold role of conservation, rehabilitation, and education. Through UQROP's network, every year close to 450 injured, sick or orphaned birds of prey from throughout Québec are taking cared of and many of them are released back into the wild.

UQROP has also launched a number of educational programs such as Chouette at School! or Chouette à voir! to educate the public, in particular children, on the importance of environmental and animal conservation, as well as developing effective solutions to preserve birds of prey and their natural habitats. Power Corporation of Canada is proud to help UQROP spread its wings and head toward the future.

It is essential to raise awareness of the need and prompting the desire to protect such magnificent, noble creatures.

injured birds of prey are cared for throughout the UQROP network, with close to half being released back into the wild 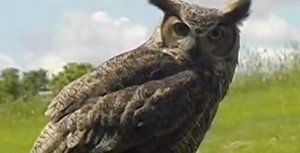