In 1925 Memorial was founded

In 2013, Memorial University announced the creation of a Research Chair in Corporate Governance and Transparency. The chair is funded by a donation made by Power Corporation as part of the university’s $50 million “Dare To” fundraising campaign.

With 18,000 part- and full-time undergraduate and graduate students, Memorial is the largest university in Atlantic Canada. From its main campus in St. John’s, the university has learning and teaching facilities across Newfoundland and Labrador and offers some 450 distance education courses. Founded as a college in 1925 as a memorial to those Newfoundlanders who lost their lives in World War 1, it was made a university in 1949.

Power Corporation has a long history with the university; the late Paul Desmarais was Chancellor of Memorial from 1979 until 1988. Since then, the University has expanded dramatically in terms of its scope, international reach and its academic accomplishments.

Recruiting the best and brightest

When the Research Chair in Corporate Governance and Transparency was announced in April, 2013, Memorial President and Vice-Chancellor Dr. Gary Kachanoski said: “This chair will help Memorial to lead the development of Canadian expertise in corporate governance. As we work to recruit the best and brightest faculty and students, investments such as this one are key to creating a competitive advantage for Memorial, nationally and internationally.”

The Chair in Corporate Governance and Transparency is the first research chair to be established in Memorial’s Faculty of Business Administration. Dr. Jeffrey Pittman, who joined the faculty in 2000 with a PhD from the University of Waterloo, has been appointed to the chair.

“Our donation to this campaign is part of a broad program of community involvement which has been part of our corporate culture at Power Corporation for many, many years,” added Edward Johnson, Vice-President, Power Corporation International, speaking at Memorial University at the ceremony announcing Power’s donation. “We believe that education is the key to opportunity, and generous, broad-based corporate and public support for the funding of education is the key to equality of opportunity.”

In 1925 Memorial was founded 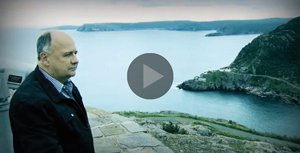