500 “entrepreneur-athletes” have passed through the EEB

Fostering the Entrepreneurial Spirit in the Heartland of Québec Business

The Beauce region of Québec has been renowned for many years for its ability to produce, dynamic entrepreneurs who have based their businesses in the region rather than headquartering them in larger cities. Since 2010, the École d’Entrepreneurship de Beauce (EEB), located in the city of Saint-Georges, has capitalized on the region’s reputation for creative business solutions. Through a number of unique programs and in the spirit of sharing experience and expertise, the school brings together established entrepreneurs and other instructors with individuals at varying stages along their entrepreneurial journey. The programs offered by the EEB range from intense 24-hour sessions to entrepreneurial boot camps.

The EEB was founded by Marc Dutil, President and Chief Executive Officer of the Canam Manac Group Inc. and a native of the region. A non-profit organization, the EEB uses a unique model of knowledge transmission between generations of entrepreneurs, called “E to E” or “entrepreneur-trainer to entrepreneur-athlete”. For the EEB, the path followed by successful entrepreneurs is similar to the one taken by successful athletes – they must learn from their mistakes and not be defeated by them. Also, as with an athlete, entrepreneurs tend to live their lives at a faster pace, with great energy, drive and focus.

Awakening the entrepreneurial spirit in students

While the EEB addresses the needs of budding entrepreneurs of many age groups, it knows that planting the entrepreneurial bug at an early age is the most effective approach. Many members of Québec’s business elite have shared their experience through the school to help future leaders become better entrepreneurs and accelerate their business growth.

Since 2013, the EEB has been offering a summer camp for high school students between 16 and 19 years old, called Camp Entrepreneurs En Devenir. The leaders of the summer camp seek to bring out the entrepreneurial spirit in these young people. The students are taught that the greatest successes are often created from narrowly focused ideas. They are shown that it’s easier to start small and grow than to take on an unwieldy project that’s destined to fail.

Through fundraising campaigns, the EEB was able to establish itself in a former inn in Saint-Georges. The facility has been extensively renovated to provide the students with comfortable housing, large classrooms, a lounge, swimming pool, conference rooms and a dining facility.

“Surveys show that almost 50 per cent of entrepreneurs between the ages of 18 and 34 years developed their skills and drive in school,” says Olivier Desmarais, Senior Vice-President of Power Corporation. “The École d’Entrepreneurship de Beauce plays an important and unique role in helping drive economic development in Québec and across the country. Power Corporation is proud to support the EEB and we applaud their inspired contribution to Canada’s spirit of entrepreneurship.”

500 “entrepreneur-athletes” have passed through the EEB

“
The École d’Entrepreneurship de Beauce plays an important and unique role in helping drive economic development in Québec and across the country. Power Corporation is proud to support the EEB and we applaud their inspired contribution to Canada’s spirit of entrepreneurship.
”
Olivier Desmarais
Senior Vice-President
Power Corporation

See videos from École d’Entrepreneurship de Beauce (in French only). 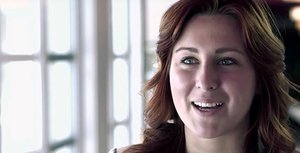