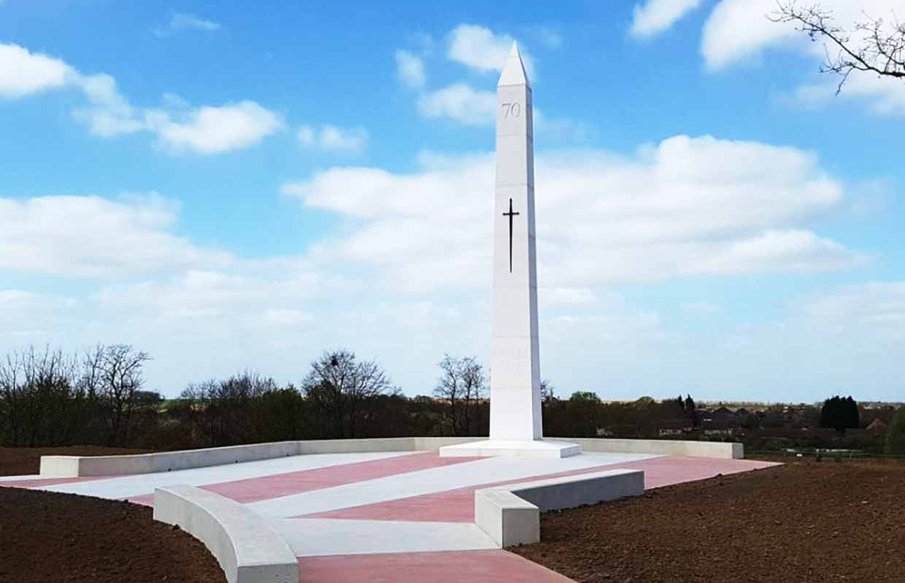 The Hill 70 Memorial is located in Loos-en-Gohelle, France, on land donated by French authorities. 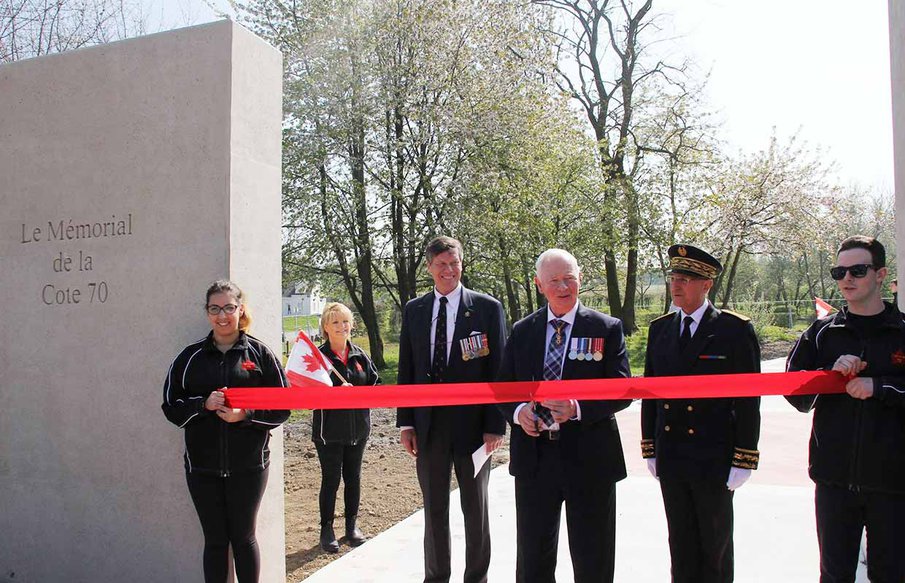 Former Canadian Governor General, the Right Honourable David Johnston, at the official opening of the Hill 70 Memorial Park on April 8, 2017. 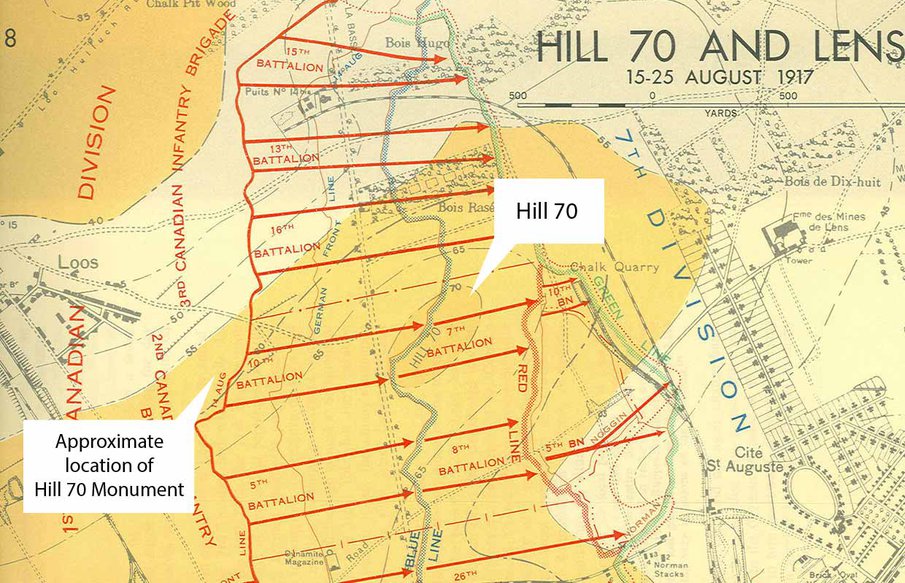 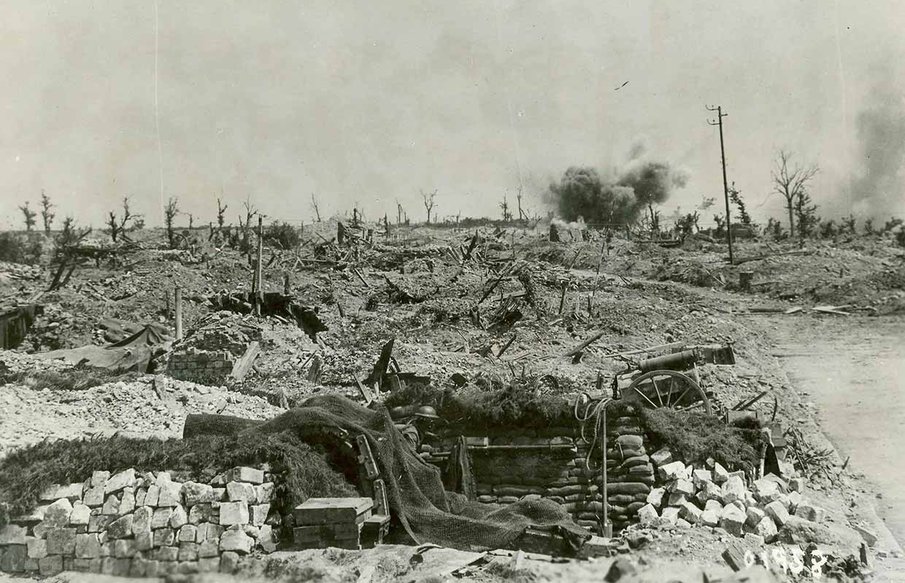 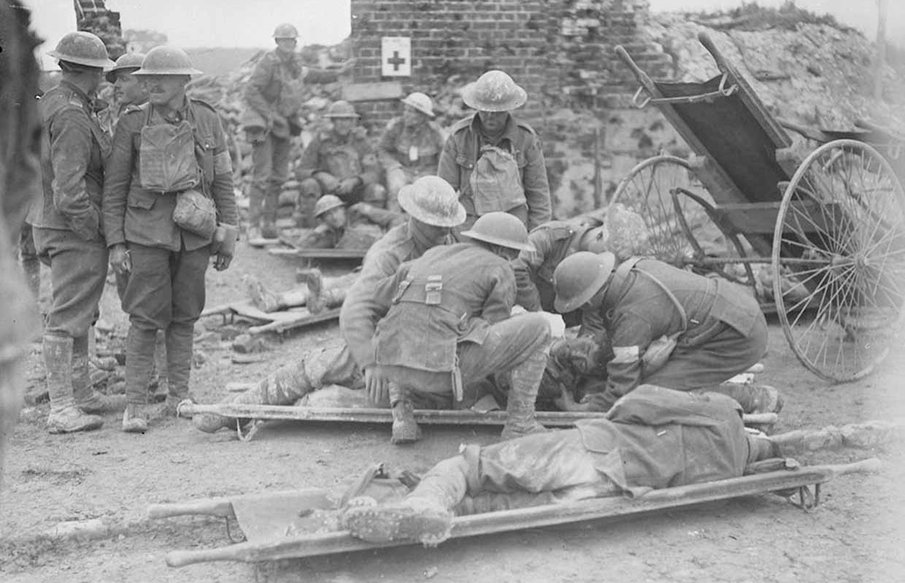 Dressing Canadian wounded during the Battle of Hill 70.

In August 1917, the Canadian soldiers fought with courage and under terrible conditions near the city of Lens to relieve pressure on the allied troops at Passchendaele. Demonstrating exceptional bravery and battlefield strategy, the Canadians not only took the hill, but also repelled no fewer than 21 German attempts to retake it over a four-day period. A century later a grateful nation has erected a monument to mark their battle to take and hold a key high ground in occupied France that would ultimately help the allies win the war. But the cost of victory was very high. More than 9,000 Canadian soldiers were injured and 1,877 died.

The Battle of Hill 70 Memorial Park feature an obelisk that signifies the enduring victory of the Canadian soldiers who fought there, a welcome centre at the site and an amphitheatre which serves as a gathering place for visitors and tour groups. Set into a pathway, 1,877 Canadian Maple Leaves, each representing a Canadian soldier who died helping achieve the victory at Hill 70, almost half of whom have no known grave.

We must never forget the sacrifice of entire generations of Canadians whose lives were given in the effort to defeat tyranny and oppression. The Hill 70 Monument now stands as a constant and elegant tribute to that sacrifice.

The efforts of the Hill 70 Memorial Foundation have shone a national and international spotlight on the courage and patriotism of thousands of Canadians soldiers who fought at Hill 70 and throughout the First World War.

Canadian soldiers were injured during the battle for Hill 70

Victoria crosses were awarded during this battle 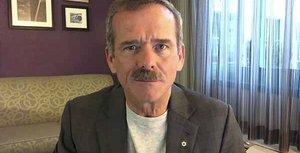